OACOMA, S.D. - Authorities say no one was hurt in an early morning fire at the Oasis Inn in Oacoma. KDLT spoke with a manager by phone at Al's Oasis, which is located about a block away from the hotel. Tanna Rose tells us that fire crews were still on scene as of about 7:25 a.m. She says no flames are visible from her vantage point but there is still heavy smoke. She says fire crews are currently throwing water up on the roof. Rose says Al's Oasis has not received any damage

Major spending planned at Aberdeen and other airports

PIERRE | The state Aeronautics Commission talked Tuesday about a very big year ahead for public airport projects in South Dakota. There “possibly” will be about $43.8 million in work, according to Bruce Lindholm, an administrator for the state Department of Transportation. The estimate is based on pre-applications filed for 2016. Public airports normally use a combination of local, federal and state funding to pay for projects. Last year, projects totaled about $20 million. A

South Dakota has one of the lowest rates of women dying from the cancer.

SIOUX FALLS, S.D. - The numbers are in and at first glance they look concerning for South Dakota however that is not the case. Quite the opposite in fact. South Dakota is sitting well above the national average when it comes to the amount of women in the state who are diagnosed with breast cancer. In fact, it has the highest rate in the nation a recent poll from the Center for Disease Control. The CDC released their latest numbers, which are from 2012. 141 women per one hundr

South Dakota's visitor industry is looking at a pair of high-profile milestones and stable gas prices to drive vacationers to the state during the 2016 tourism season, which will be well underway by the end of May. Tourism Secretary Jim Hagen says the 75th anniversary of the completion of Mount Rushmore and the National Park Service's centennial celebration are expected to help fuel interest and bring visitors. Maureen McGee-Ballinger is chief of interpretation and education 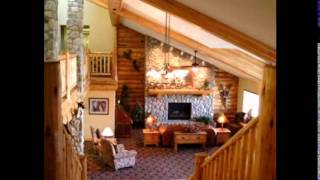 Workforce is a major challenge for South Dakota. The state has a great number of jobs available but not enough bodies to fill positions. The unemployment rate is 2.7% and the economy is very strong. So why aren't people moving to South Dakota in droves? In a word, misconception. If you talk to people who live in other states and have either never been to South Dakota or they have only visited the state as a tourist, their perception of South Dakota is pretty much always the s

The final summer pregame is going down this weekend. The South Dakota Game, Fish and Parks’ (GFP) annual Open House and Free Fishing Weekend is May 20-22. The statewide event waives entrance fees and allows free fishing for residents and nonresidents. All state park and recreation areas will also be free during the three day event. The event allows anglers to fish without a license statewide. Fishing regulations and limits as well as camping fees still apply. Parks will also

There's something for everyone in South Dakota

. Every May, we recognize tourism in the United States and celebrate the many unique opportunities that are available for travelers from coast to coast. While my job sometimes requires me to spend time in Washington, D.C., away from the beauty of South Dakota, it does give me the chance to encourage people who have never been to our state to make their way to the heartland. I often hear, “South Dakota — I’ve never been, but I hear it is beautiful,” or “That’s the state with t

Volunteers get to work on South Dakota's Lake Mitchell

MITCHELL, S.D. - Twenty volunteers gathered at the lake Saturday morning and planted approximately 500 cattails along the water's shorelines. The cattails, placed at 10 different locations, act as a "natural filtration device," according to Parks and Forestry Supervisor Steve Roth, by removing excess nutrients in the water, such as phosphorus and fertilizer. The buckets of cattails were divided among two groups. One stayed around Lake Mitchell, and the other traveled by boat

Dakota State University in Madison has received approval to name its new information technology building after one of its donors. The Board of Regents approved the request this week as part of its meeting in Brookings. DSU asked to name the building the “Beacom Institute of Technology” after Miles and Lisa Beacom. The Beacoms pledged two-and-a-half-million dollars toward the construction of the institute of technology building. An additional two-and-a-half million dollar pled
1
2

Improvement Within a Community Starts With the Actions of Individuals

Why and How to Start a Pandemic-Era Business in SD

Leadership and Workforce Conference to be held in Aberdeen